In addition to the capability to operate in shallow waters, the NOFI Current Buster® 2 can operate in water currents of up to 3 knots. Even at this relatively high speed the system can collect both high and low viscosity oils, including diesel (this ability has been well documented in comprehensive tests carried out at the OHMSETT test tank, USA). The NOFI Current Buster® 2 can be stored either on a reel, or packed, for instance on a pallet.

The NOFI Current Buster® 2 can be towed by two vessels or by one single vessel using an otter board device, the patented BoomVane. This method employs a minimum of personnel and offers even more efficient maneuvering. NOFI Current Buster® 2, as a single-vessel operated system, is ideally suited for use in an oil spill contingency system based on the use of local fishing vessels. 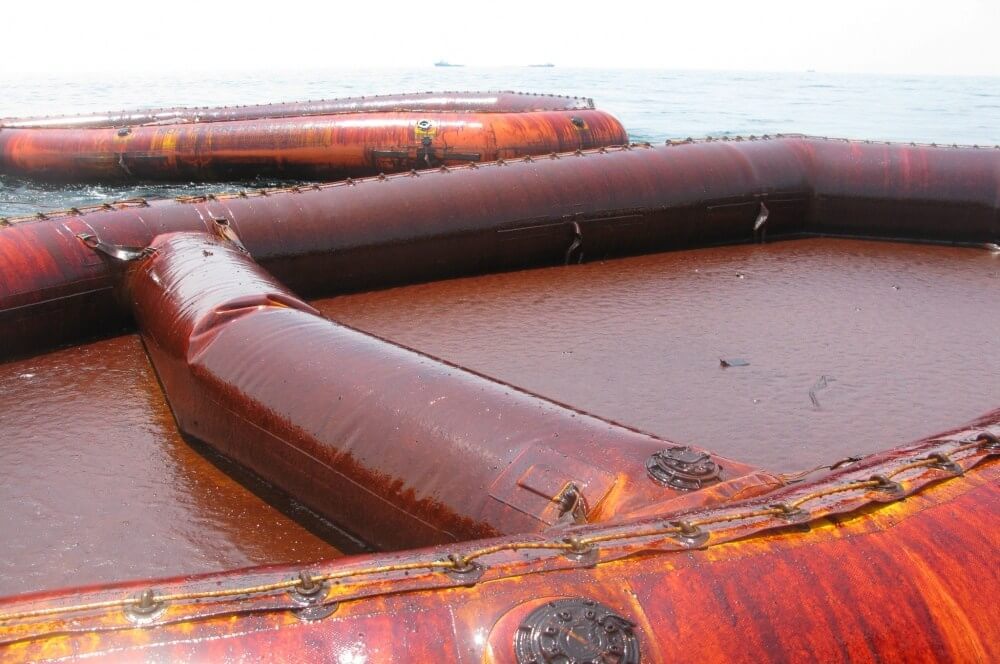 NOFI Current Buster® 4 has been developed for use in coastal areas, particularly in ocean currents. The system is currently in use by oil spill control organizations such as the Norwegian Coastal Administration Department for Emergency Response, NOFO - the Norwegian Clean Seas Association for Operating Companies, Statoil, RWS - Rijkswaterstaat, Netherlands, PAJ - Petroleum Association of Japan, Saudi Aramco and Qatar Petroleum.

According to the US Coast Guard, test shows that the NOFI Current Buster® 4 is able to collect and retain oil at a towing speed of up to 4 knots, with an acceptable loss of oil in short period waves. The NOFI Current Buster® 4 offers excellent area coverage and flexibility due to its compact and light construction which facilitates effective towing between oil spill slicks.

The system is compact and can be stored on a reel or pallet. The NOFI Current Buster is well suited for single-vessel operations when used along with the patented BoomVane otter board.

The improved hydrodynamic shape reduces the drag force and allows the system to move easier through water. The new model incorporates debris nets, wave dampers and splash-over cover. Together with the optimized shape of the separator, it stabilizes the movement of the separator and the liquids in the 70 m2 temporary storage area. Improved water outlet design allows the water to escape easily from the separator as it gets filled with oil; in addition it also allows the system to be deployed and recovered both ways.

In September 2011, the NOFI Current Buster 6 landed an impressive second-place spot in the Wendy Schmidt Oil Cleanup X Challenge. Being the only commercial and operational system in the competition, AllMaritim AS takes great pride in this achievement.

The NOFI Current Buster 6 systems have been sold to oil spill control organizations such as the Rijkswaterstaat (RWS) in the Netherlands, Alyeska Pipeline Service Company in Alaska, The Norwegian Coastal Administration, and Maersk Oil in Qatar. 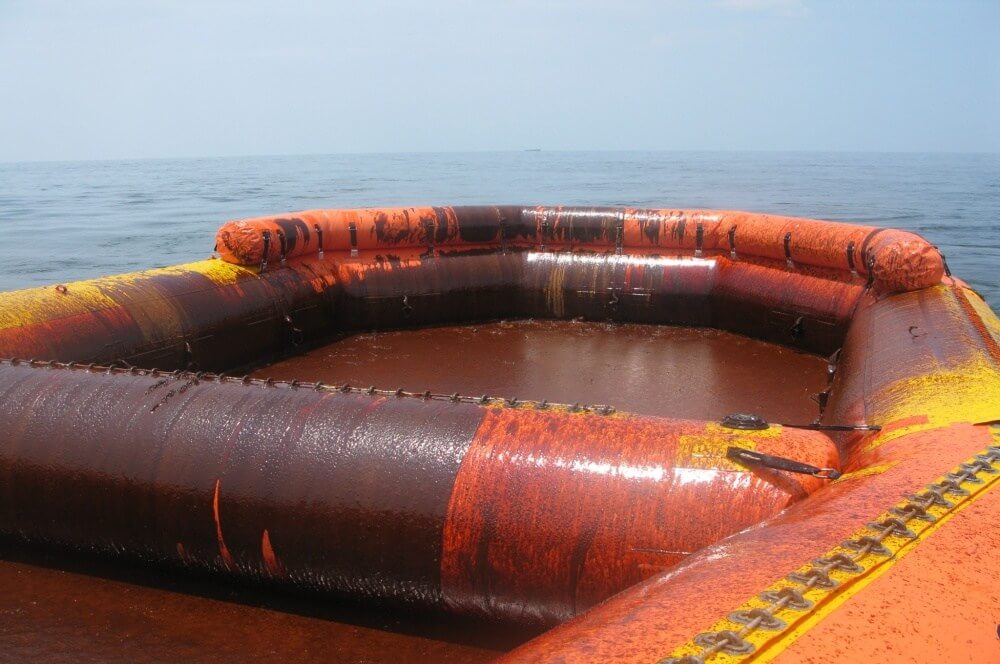 Operating Companies, Shell and SERVS - Alyeska Pipeline Service Company in Alaska, Mexican Pemex and Sullum Voe in Shetland, UK. The NOFI Current Buster® 8 has been shown to have excellent area coverage and high operational flexibility at operational speeds of up to 5 knots. The compact system can easily be maneuvered and towed from one oil spill slick to another. The system incorporates a high-capacity separator and temporary storage unit. Due to the system’s ability to separate oil from water, a skimmer pump can pump out almost pure oil, thus greatly increasing efficiency. Tests have shown that the NOFI Current Buster® 8 is able to collect almost all types of oil, independent of towing speed. The system should be stored on a reel. The NOFI Current Buster® 8 has proved to be highly suitable for single-vessel operations in combination with the Ocean BoomVane otter board.